Design is an ever-changing industry and, with the New Year fast approaching, we’ve decided to take a look at some of the exciting new tools and trends that we, as designers, can embrace in 2017.

Design is an ever-changing industry and, with the New Year fast approaching, we’ve decided to take a look at some of the exciting new tools and trends that we, as designers, can embrace in 2017.

Number one on our list are SVGs. “But what are SVGs?” we hear you say. Well, SVG stands for Scalable Vector Graphic, which is an XML-based vector image for two-dimensional graphics.

Confused? Well, to put it in plain English, you can generate an image, for example your website logo or an icon, and scale it to any size you like while retaining the sharpness and clarity that you would otherwise lose with a .jpg or .png, which are pixel rather than vector based.

You’ll start to see the benefits of SVGs when it comes to viewing your image on a range of devices and screen sizes. From the smallest phone or tablet screen to the largest desktop, your SVG icon or logo will look as sharp and clear as the day it was designed!

Now this one's a little easier to get your head around. Making your text bigger. Huge headings and beefed-up body text are the name of the game, and you can already see this trend filtering through the web.

2017 should see this trend develop further and we predict that font sizes will go up in increasing numbers across the board. You may even start to see huge single-word statements and supersized text blocks dominating entire pages, bringing real impact and emphasis to pages and sections.

Furthermore, with the expansion of Google fonts and Adobe’s Typekit, there's now no need to stick with run-of-the-mill fonts, so be on the lookout for some quirky variations adorning screens over the upcoming year.

While this phrase might seem a little like science fiction to some, we can assure you we're nowhere near the Skynet level of artificial intelligence just yet. That said though, these ‘bots’ are going to revolutionise the way you interact with many websites you know and love. Imagine you're browsing a large site like Amazon or Rightmove and, rather than having to trawl through endless search bars and navigation options looking to find the thing you want, all you’ll have to do is ask. Wouldn't that be easier?

Well, in 2017 it really could be that simple if this latest development in web tech kicks off. Let's take an example: you want to book a hotel room for two people on the third Saturday in February. This would usually involve setting various filters here, there and everywhere but with conversational bots you could get what you needed by asking a few simple questions. As bot technology advances, search filters as we know them could soon be a relic of the past.

In terms of practical applications, this cutting-edge tech could have a huge impact across many sectors, with retail and travel being well placed to take advantage early. Conversational bots are also poised to serve a pivotal role in accessibility standards and how disability is addressed across the web.

In the past year you might have noticed that there's been a big surge in using animated gifs to pack some punch into HTML emails. From flashy headlines to rotating products, designers are finding new ways to utilise this classic format (see ASOS’s emails for great examples!)

In addition, a recent update to email standards in Outlook (and a few other email clients) means you may start to see fancier HTML emails utilising CSS styling hitting your inboxes very soon.

OK, so virtual reality is still in its infancy in the grand scheme of things, but with all the current buzz around the headsets on the market at the moment you can see why this makes our list. The HTC Vive and the Oculus Rift are obviously the big names hitting the headlines right now, with PlayStation’s own offering hot on their heels. But what does this mean for the web?

Well, at this stage no one really knows the full impact. Sure, there are a few sites online currently that let you explore a rudimentary 3D space with a few links here and there, however,a lot of these are yet to fill their full potential. It's fair to say that at this stage the sky's the limit for VR, but the obvious mainstream opportunities for this technology are bound to be rooted in the retail and travel sectors.

So what might this look like? Think rifling through online shelves and instead of pinching and pushing to view from different angles as you would on a touch screen, actually picking items up and manipulating them before physically adding them to your basket. Sounds cool, right Whatever happens, VR is sure to be a game changer and it'll be interesting to see where it takes us in 2017! 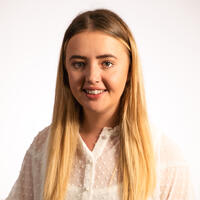