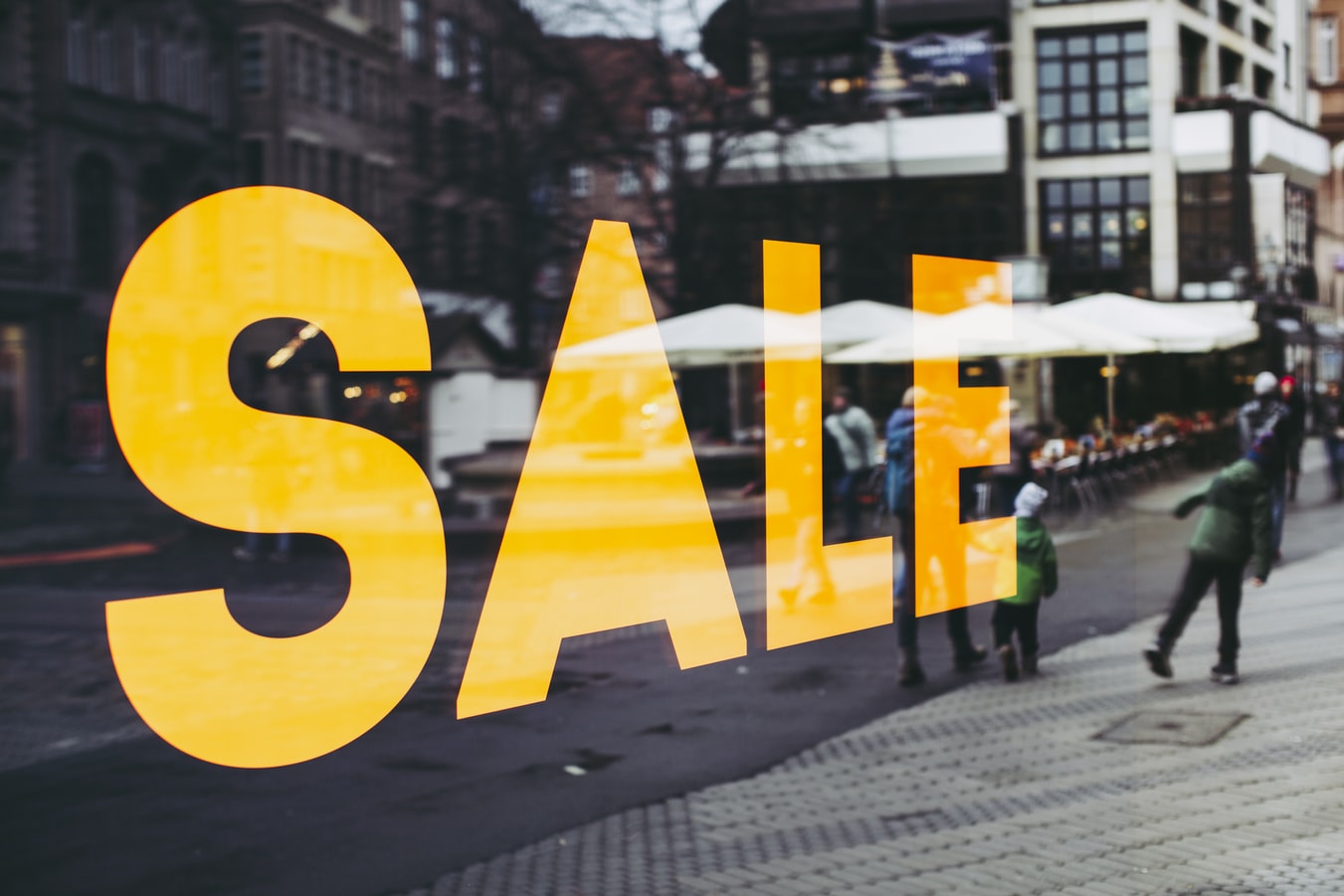 Year on year, Black Friday becomes bigger and arguably more terrifying, for shoppers and marketers alike. How do you make your brand stand out in a sea of ever-declining discounts? Check out our pick of some of the best campaigns from the last few years...

Year on year, Black Friday becomes bigger and arguably more terrifying, for both shoppers and marketers, and whether we like it or not, it's here to stay.

But how do you make your brand stand out in a sea of ever-declining discounts? Well, many companies have now started to think outside the box, so we’ve picked out some of our favourite Black Friday marketing campaigns over the past few years, where sales wasn't always behind the strategy...

Outdoor clothing brand Patagonia have always advocated charitable causes, becoming one of the first Certified B Corps by pledging 1% of all sales to non-profit environmental groups as a member of 1% for the Planet.

On Black Friday in 2016, they went one step further and donated 100% of all sales to charities and grassroots organisations that instigate environmental change.

The campaign perfectly matched their brand identity and resonated with their audience - suggesting that perhaps the public is becoming fatigued with the discount and sales mentality of the day.

The story was picked up by the likes of CNN and Forbes, with Emma Watson and Al Gore mentioning it on their personal social media, resulting in over 60,000 new Facebook followers in just two days.

Did it work? Total sales on the day tripled their original projections, doing more than $10 million in sales on Black Friday, with 70% of online purchases made by first-time customers.

By forgoing the traditional discount sales strategy, Patagonia instead used Black Friday to get their brand in front of a whole new audience, putting their core values at the heart of their message.

REI close their doors on Black Friday for #OptOutside

Outdoor retailer REI has protested the concept of Black Friday now for the several years, choosing to #OptOutside. They closed all 153 locations, encouraging people to spend time amongst the great outdoors rather than in the shops.

CEO Jerry Stritzke told Business Insider, “It’s the right ethical move and the right business move,” citing that the landscape of Black Friday culture has shifted, with retailers that slash prices and open on Thanksgiving now coming across as greedy to consumers.

It’s certainly not a business decision that’s harmed them - as a cooperative corporation, customers can pay a one-off fee to become lifetime members and part owners of the company.

On Black Friday in 2015, they saw their largest ever membership growth with a revenue increase of 9.3% and the hashtag has over 10 million uses on Instagram alone.

This year, they’ve chosen to donate $1 million to the University of Washington to fund a study between the link of health and time spent outdoors - further reinforcing their core brand value of inspiring a lifelong love of the outdoors. However, they do cut prices on Cyber Monday, for anyone looking for a bargain…

This year they've said that instead of cutting prices for Black Friday, they're raising them, and all proceeds will be matched by the company and donated to helping the current climate crisis.

On Cyber Monday however, they'll be breaking tradition by organising a Strava Challenge with the hopes of getting people to focus on their own health and wellbeing. All in all, promoting better health for the people and the planet.

Annual pranks from Cards Against Humanity

Always one for controversy, the makers of Cards Against Humanity use Black Friday as a way to demonstrate their irreverent humour that typical of their brand with annual publicity stunts and pranks.

Rather than do what everyone else does on Black Friday and reduce their prices, Cards Against Humanity actually increased the cost by $5 in 2013, and actually managed to sell more games than usual.

In years since, they’ve bought enough pasteurised manure to fill 30,000 boxes of ‘bullshit’ that sold out in two hours. They also collected donations to literally dig a hole, and offered people the chance to buy nothing for $5.

Over 12,000 people did the latter, making a profit of $71,145, which they split between the staff to spend on themselves and donate to their favourite causes. Cards Against Humanity has always seen Back Friday as chance to create a stir and do something completely absurd to ensure they stand out from the crowd.

Very turn to the outdoors for promotion

Black Friday is a huge opportunity for most retailers, and Very.co.uk is no exception. But with so much competition, it can become impossible to be seen. The price of search terms skyrocket, your social feeds fill up with millions of ads and every email inbox becomes fit to burst.

To combat this, in 2017 Very took their message offline. With £600 million of sales coming from the high street, where better to push your online offers? Through dynamic digital billboards!

Very created ads that utilised real-time data on sales, search trends and locations to promote their deals and discounts, with updates depending on competitor pricing and stock levels. They saw a high ROI and their revenue for the seven weeks leading up to Christmas rose by 16.8%.

The launch of the campaign featured eye catching images of their 'Gymshark athletes' dressed in black, standing in front of black backgrounds, creating unique photographs which pop out from their usual bright imagery.

Ripping up the marketing photography rule book with images where you can barely see the product, they were able to build high levels of curiosity amongst their followers before announcing huge 50% discounts on Black Friday itself.

This annual event is much anticipated amongst the brands followers, with massive price drops and website sell outs contributing to breathtaking increases in holiday sales profits for the company year on year.

It wouldn’t be a post about Black Friday without mentioning the conglomerate mammoth that is Amazon; a survey has suggested 48% of Brits plan to shop at the retail giant this Black Friday.

Arguably they’re part of the reason the sales bonanza has become such a phenomenon in the UK, being one of the first to start introducing Black Friday deals online many years ago.

Last year, they took on the high street for the second time with their ‘Home of Black Friday’ pop-up shop in Shoreditch. It offered a unique shopping experience, with prize giveaways, workshops, sampling and AR demos, as well as showcasing the best deals.

By incorporating a physical presence into their marketing campaign, you could say Amazon is taking a step backwards, but the way they deliver their shopping experience is so immersive it simply adds a whole new dimension to the sales event.

Once again, they’re using Black Friday as a platform to demonstrate something about their brand - in this case, that they literally are the home of Black Friday.

Not seeing the results you need in your marketing strategy?

Try these 33 strategic quick wins to get you going!