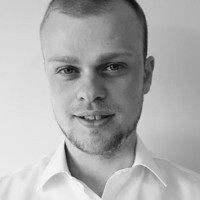 You know it's Spring when the digital marketing community heads for the seaside and BrightonSEO, the UK's biggest search marketing training event and conference. Priding itself on being hands on, detailed and practical, BrightonSEO started small - the organisers say: "The idea was to share ideas and chat about all the interesting stuff that we can’t really talk about with anyone outside the industry for fear of them falling asleep." Now attracting somewhere in the region of 4000 people, it's a great place to find out more about the hot topics in Search and beyond. Here are some of our top tweets from today...

I wonder what per cent of Google searches return broken or ugly meta descriptions in the top 5 results. #BrightonSEO#MakeMetasPrettypic.twitter.com/qt5JraD7TB

"By 2020 50% of searches will be voice searches.", @RajNijjer #BrightonSEO pic.twitter.com/4WKNDFCnbv

"CTR is arguably the most important factor for organic rankings" #BrightonSEO pic.twitter.com/lLglcp2qxk

Spot on mantra from @JuliaOgden2 about #contentmarketing. Never forget the fundamentals. #Brightonseo pic.twitter.com/Tlgaz7eGif

END_OF_DOCUMENT_TOKEN_TO_BE_REPLACED

The what, why and how of an A/B testing framework